Westeros is nothing like a real world. We don’t have dragons, white walkers, faceless people, in a GOT world there are no cell phones, cable TV that we use to watch Game of Thrones series. Our two worlds are completely different. However, we still can learn some great lessons from it. To attain power and end up sitting on the Iron Throne main characters do whatever it takes. Different characters such as Tyrion Lannister, Varys, Jon Snow, Daenerys Targaryen all have different approaches to maintain this power. Cersei Lannister said in one of the series: “When you play the Game of Thrones you either win, or you die”. Career life is not quite similar to Game of Thrones “win or die”, however, if you feel stuck at a job you don’t like or want to get promoted, it can feel like you’re running from white walkers. To obtain a dream job in a real world you can implement Game of Thrones success stories and career moves to end up on top of the career ladder. Check out the top 9 lessons you can learn from Game of Thrones strategy game.

Game of Thrones help is needed to achieve some professional growth. If you’re born in Westeros, you are constantly in danger. Your main task is to establish friendly relationships with the right people. You need someone that you can ask for help in case something happens whether to join a person on an important mission or stop them from drinking poisoned wine. The same rule is applicable in the career world. Grow your professional network, establish communication on LinkedIn with employers, recruiters, companies, and employees. This alliance can come in handy in the future. Remember, that your best chance to survive and win is to work together.

To get on top many people in Westeros are plotting against someone else. For Queen Margaery, for example, it played off in the short term. But generally, it never ends up well.

During your professional career you will have situations when you can choose a shortcut or lie to go ahead, or even take credits for someone's else work. It goes without saying that it will work at first, but then the truth will be definitely revealed and it will just worsen the situation or will lead to some serious consequences for your career. Playing fair is much harder but you will get the reward for your efforts, you will gain new skills and you will expand your expertise to make your future career endeavors easier for you.

Tyrion Lannister loved spending time in a brothel with a good drink. He was not a good warrior at all. However, he knew his strengths and played them. He was witty and well-rounded that helped him get out of the most difficult situations and troubles. You should also know how to sell your skills and stay cool in the most stressful situations. The faster you do this the faster you advance your career. 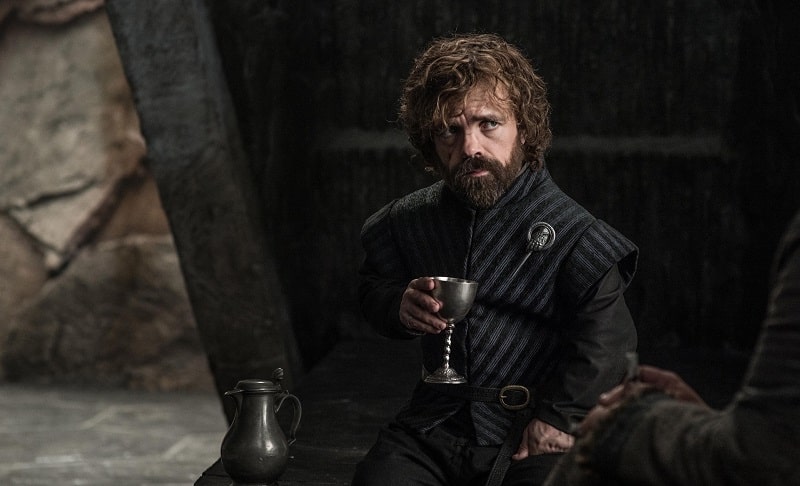 Be aware of your weaknesses as well as of your strengths. Don’t let them keep you away from your success. When Cersei visited her father in season three, he told that he didn’t trust her not because she was a woman, but because she was not smart enough as she could think of herself. She’s unable to delegate and to inspire others to follow her. A good leader has to know his own weaknesses and how to turn them into strengths to achieve results.

Game of Thrones is all about the price of power. When Ned Stark was asked by Robert Baratheon to be his right hand, he knew that it would put his life in constant danger and separate him from his family. Despite this and the frustration of his wife, he had done this for the king. This example is very simple. It shows over and over that, only a person willing to make big personal sacrifice can be the best leader and a person who’s not ready will never succeed.

Lady Mormont is small but the way she behaves and speaks only evokes respect and admiration. Take her as an example and never be afraid to stand up and make other people hear you, even if other people underestimate you and your professional skills. Lady Mormont is just one of many other examples that demonstrate the enormous force of self-belief and confidence. No matter what, don’t let other people take away your career prosperity. Remember that you are worth it. Daenerys Targaryen has done some great job. From an orphan, she became a Mother of Dragons. However, she’s proof of the importance of help. The fact that you achieve something without help is great. However, you have to learn to admit that you don’t know anything. Asking other people for advice or help is ok. Figure out what tasks at work you can handle alone and what you have to do with someone else.

Sir Jorah Mormont is desperately in love with a woman that swipe him left all the time. His determination to conquer her heart is admirable on the one hand, but on the other hand, it’s completely pointless. Meanwhile, he could channel his energy to do something valuable. The lesson is to know the right time to move on with something. Don’t waste your time on things that are not working out. Try to set and reach another goal or give life to another idea.

9. Fight for Things You Deserve

No one will fight battles for you in Westeros. To get some things done you have to put some efforts and handle all issues on your own. Same here with your career. No one will ask for a promotion or a salary raise for you, no one will explain why you deserve this. Fight for your success.

The tips taken from Game of Thrones work in real life world! Give them a try today and become successful tomorrow.