A few decades ago sex-related bias was commonplace. Unfortunately, gender discrimination in the workplace continues to be a major issue for both male and female despite the fact that it is prohibited by federal law (also known as the Civil Rights Act of 1964). 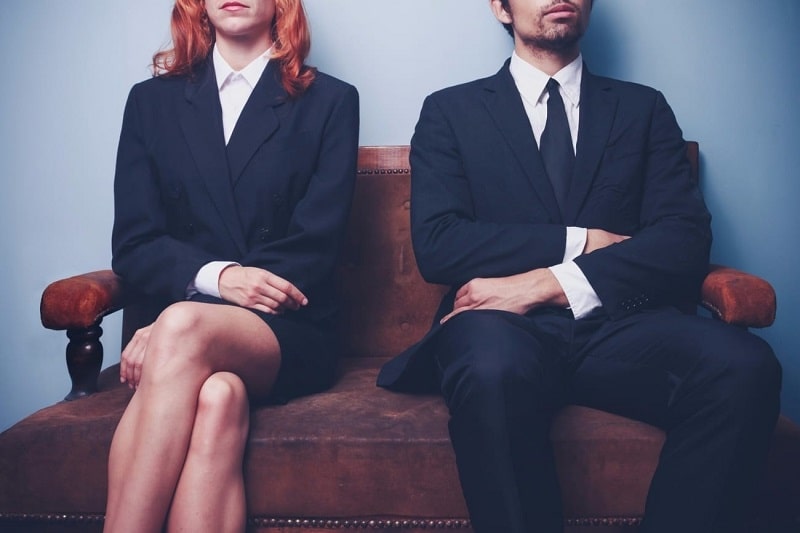 Bias can affect any employer’s decisions not just in terms of hiring or promotion, it can define employment conditions, salary and benefits. This overview article has the most common examples of gender discrimination in the workplace and possible ways to cope with it.

Dealing with discrimination and overcoming eventual bias is not easy, but let’s cover in depth male and female bias in order to know how to fight back and not to let it hinder our professional growth.

Female discrimination in the workplace

Despite all social efforts to overcome bias including gender discrimination law that was supposed to regulate this problem, women are especially subjected to gender bias on the part of the employer. Here are some typical situations of sexual inequality. 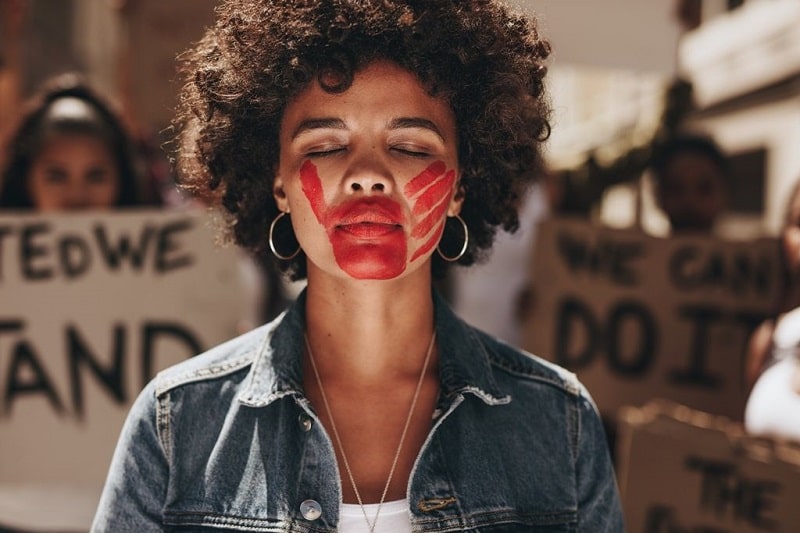 Employers often make salary decisions based on gender. According to numerous research, women earn 20% less than men. They also have fewer professional opportunities that are available for male employees. Even work conditions can differ from that of male workers.

Female discrimination in the workplace also includes making hiring decisions by judging the way women look and dress. They can be passed over because they are too old, or not pretty enough for a specific position what is not common for male recruitment.

Speaking of promotion opportunities, high ranking positions are unavailable for women because male candidates tend to get executive posts. This phenomenon is called “glass ceiling” which means an artificial barrier based on gender bias that doesn’t allow any career advancement for women.

One more reason why experienced women with an excellent qualification are less likely to get promoted is that because they become pregnant or they may become pregnant. They can be also turned off if they have small children.

One of the most severe forms of gender discrimination at work is sexual harassment. Each employee has the right to perform duties free of undesired communication or romantic/sexual relationship with coworkers or manager.

Male discrimination in the workplace

According to proven data, younger men tend to get hired or promoted more often than older, and similarly taller men will probably earn more than shorter. Discrimination can occur in some career fields such as sales because women employees are preferred over men. Secretarial jobs are also considered as female, so men are more likely to be turned off for such positions.

Moreover, employers are ready to offer a more flexible schedule to women with small children  - they can leave earlier or take additional days-off, but the newly-turned father couldn’t enjoy this possibility. Male employees can be victims of sexual harassment as well as women.

Is there a solution to this problem?

Most people don’t know how to deal with discrimination at work. But your main job is to nip this in the bud and report the violation of your rights. So, if you are a victim and you resolved to report gender discrimination, follow these tips. 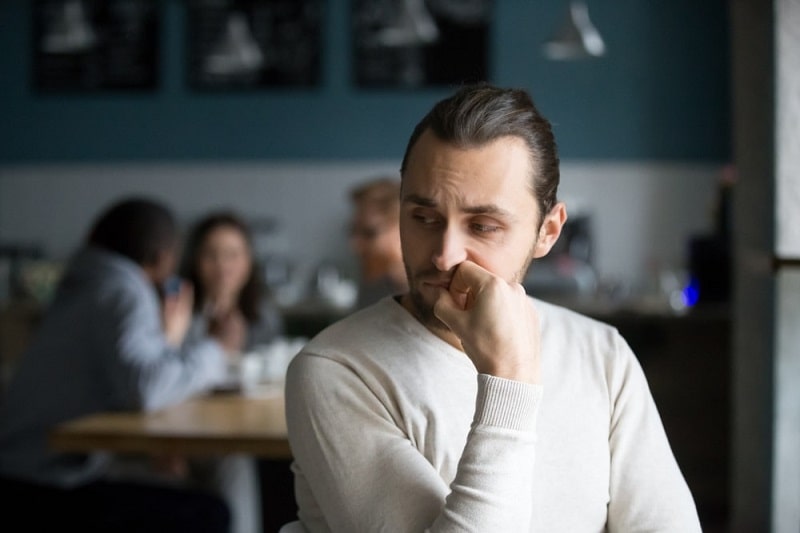 First of all, you need to evaluate the situation. Each case is unique and you have to weigh the pros and cons and to think over the consequences of all your actions. Ask legal advice to understand your options and chances to cope with gender issue successfully.

In order to prove the case of discrimination at work, you have to provide direct evidence - it is the most effective way. So, if something has happened, write it down immediately - date, place, witnesses and describe the situation.

If possible, keep emails, written information, text/voice messages that will be used to prove the discrimination. If you have witnesses, ask them to document what they have seen too.

If your boss is not your offender, it is the first person you should report the discrimination. Otherwise, go straight to human resources.

In some cases, even professional HR manager is not able to deal with gender bias or harassment complaints. If you encountered any form of gender discrimination at the workplace and became a victim, it’s necessary to reach an experienced discrimination attorney. Another option is EEOC - the Equal Employment Opportunity Commission - the agency that deals with job discrimination related issues.

If you want to file a lawsuit in a court, you have to send a formal discrimination complaint to the EEOC, because you can’t go straight to court.

The remedies or relief for victims vary, but generally, it includes money damages. Employees can get compensation for emotional pain/suffering and they can be paid back for the attorney and court fees. Besides, there is an option of getting a job back if you were fired groundlessly. Employees who have been discriminated have right to be hired or promoted. Employer will be required to prevent the discrimination and minimize all chances it can happen once again.

You already know how to overcome gender employment discrimination and how to report discrimination in the workplace. These tips will be useful for you, but most importantly, don’t be afraid to fight for equality.

Jumping straight into clichés, the world is full of possibilities, even filled with them. On second thought there are just too many of them, no wonder not a lot of people know what to do with their lives. And to add insult to injury you have all these people working on their careers, improving themselves all the while you are left behind without any clue what to do.

Writing a student resume can be daunting. And one of the most common questions that occur is the importance of internships in a CV. Let’s see how to put internship on resume and how it can help you to get a job.

Each person who encounters job search has a question, which arises in their mind - “When to start applying for jobs?” This article highlights what every employee should take into account to succeed in the daunting process of job search.

In this article, we provide you with useful tips on how to craft the perfect high school resume for college applications. Better yet, we share with you some great examples to help you understand the fundamentals of good resume writing. Let’s get on with it!

Going by a recent CareerBuilder study, 75% of human resource executives have spotted deceptions on applicants’ resumes. In this post, we cover some of the most common and outrageous fabrications on resumes. By learning about and avoiding them, you will improve your probability of getting hired significantly. And not to forget, we will also highlight how hiring managers have caught various lies on resumes.

Everyone has been there to some extent: absolutely exhausted and frustrated with your duties, responsibilities, colleagues, boss, and job field overall. Everyone knows the feeling. However, if your feeling has lasted for a prolonged amount of time, maybe it is time to consider making a 180 turn and changing your career field. Find out how to make it painless!

At the end of each interview, a recruiter will ask you “Do you have any questions for me?” In case you have no questions on your mind, you can be sure you will never hear from that company again.

Therefore, we have prepared the list of 50+ great questions to ask in an interview to increase your chances to get a job. The questions will be divided into smaller groups so you can easily choose the most interesting interview questions to ask.

While not many job seekers know this, another section you might consider including to make your application stand out is the volunteer one. With that said, you might now be wondering, “Well, but does volunteering count as work experience?” The answer is, “it does.” Especially if the experience you gained is relevant to the job you are applying to.

However, you will increase your chances of sending a successful application only if you understand where to put volunteer work on a resume. So, take the time to learn about all that right below.

With today’s culture of being always “on”, the line between work and personal life has become blurred. That, among other factors, causes stress from time to time. And it often leads to constantly worrying and panic about outcomes that, in most cases, you cannot control. That is called anxiety. Today, millions of people around the world suffer from a type of anxiety disorder at some point in their life. And these cases are often at work. With our handy tips, you will learn how to manage stress in no time.

A job interview is quite a stressful process for many people as they feel pressure being assessed by the way they answer interview questions. Recruiters try to test the candidates and often ask confusing and uncomfortable questions to look how they react. Because of the stress and the pressure, some people feel disoriented and do not know what answer is the best to give, ruining the interview. Don’t want to become one of them? Then let’s look how to answer why did you leave your last job and give a good reason for leaving on job application.