Most of us dream to build an outstanding career and make the Forbes List. However, each year only 400 Americans really do that. The question we ask – what makes them so successful? What special skills do they have that help them to build a prominent career? Researching the qualities of those who already achieved career success, you might not become the second Henry Ford, but at least you will be able to develop a strong set of skills for resume that boost your career to the next level. So now, let’s make a plan of skills to develop in order to become rich and famous! 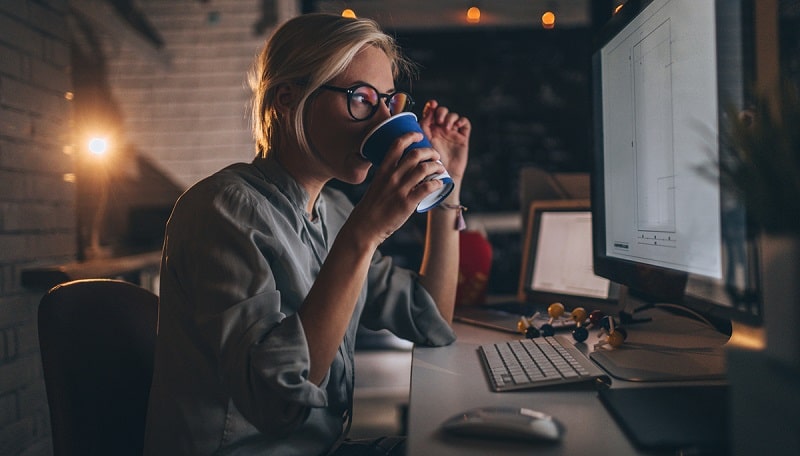 Well, innovation is not all about ingenious technologies and Elon Musk, as you might think. Being innovative rather means creativity and thinking out-of-the-box.

Dave Gilboa was an MBA student when he left his eyeglasses on the airplane. He was confused, as to buy new ones, he had to pay as much as he would pay for a new iPhone. He decided to make a research and found out that the industry was monopolized by the Italian company. And, instead of buying eyeglasses that cost a fortune, he and his friends decided to start their own company that would produce affordable and elegant glasses of high quality and low price. In the first year, Warby Parker, the Gilboa’s company, made $10 mil sales on eyeglasses that cost $95 each, including frame and lenses. And it was an innovative mind that led Dave to success.

Do you want to find out if you’re an out-of-the-box thinker? Here’s a small test. Imagine you’re planning an elimination football tournament with 27 teams to participate. You must plan fields and referees, thus you have to figure out how many matches will be played before the winner will be chosen.

Most people start drawing charts or calculating mathematical formulas. But the answer is quite simple. As this is an elimination tournament and after every play, one team will be excluded from the tournament, you have to exclude one team after every match, 26 matches will be played after a winner will be determined. 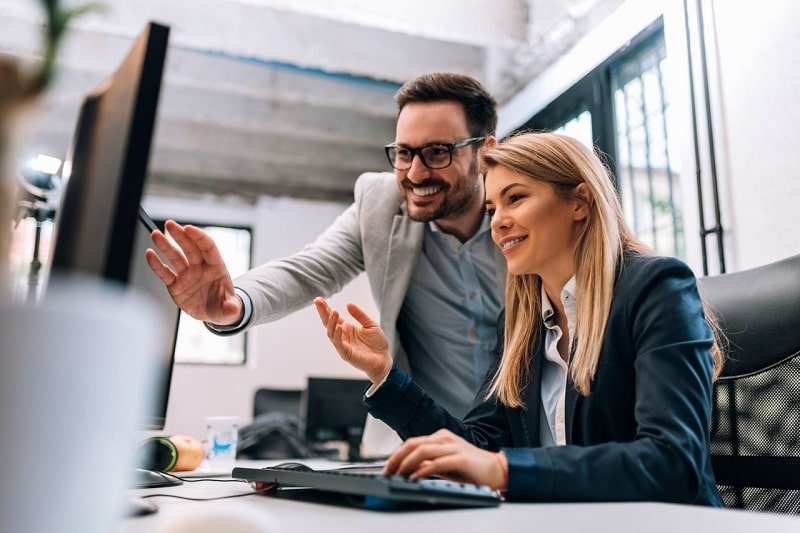 A lot of people state that they have outstanding negotiation skills. They do not even guess that it’s quite easy for a recruiter to check this skill. According to PayScale, 57% of workers have never tried negotiating their salary or position with employers. On the contrary, 75% of those, who did, really got a raise. Can you be considered a good negotiator if you never tried using this skill for your own benefit? Just imagine for a second, how many opportunities you lose when refusing to use your communication skills to step up a career ladder.

The world would never have Nike shoes if Phil Knight was not a good negotiator. He was a penniless 20 years old traveler with no success as a salesman when he convinced the Japanese manufacturer to make a deal with him. He pledged to buy shoes he could not even afford to pay for. And now he is #16 on Wealthiest Americans’ list!

Sometimes, negotiation needs courage, so be brave and develop your communication abilities on your way to success. 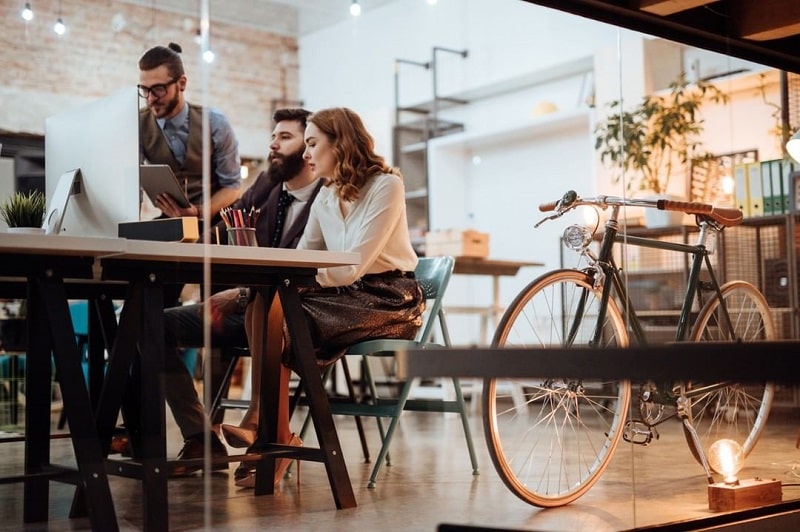 Marvel Avengers have already proven everyone that good teamwork can even save the world from the most terrible disasters. But it is not enough to be a good team player. A talented leader has outstanding people management skills and is able to build a strong team of workers and create a healthy and positive environment. He also has to possess great interpersonal skills to earn respect from his subordinates and have delegation abilities to distribute the workload fairly and reasonably. Apart from supervisor skills and abilities, management skills also include motivation and ability to inspire the workers.

Joseph Dunford, the US Marine Corps general and the 19th Chairman of the Joint Chiefs of Staff once told journalists that his first commander gave him three rules to success. The first one was to surround oneself with good people. “Over the years I’ve forgotten the other two”, states Dunford. However, this only rule was enough for him to become the highest-ranking officer in the US Armed Forces. Isn’t it a good example team management is one of the most important skills needed in the workplace? 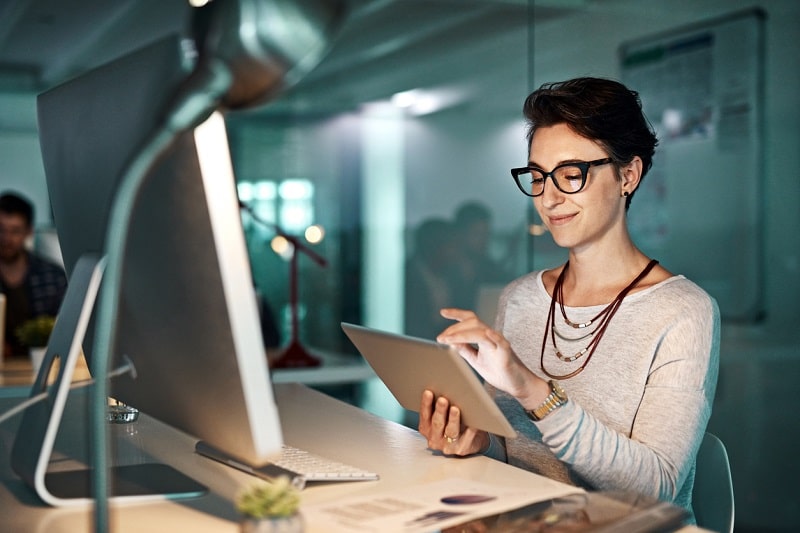 Joshua Waitzken is the world known chess genius, who earned a title of National Master when he was 13 years old. At the age of 16, he became an International Master and by his adulthood, he has won National Chess Champion eight times. After he achieved his ambitions in chess, he decided to conquer a new peak in sports and chose… martial arts. And became a World Champion!

His motivation to start an oppositely different sport was to investigate his potential as a human being. And this is a bright example of a growth mindset. There is a core difference between fixed and growth mindsets. A person who has a fixed mindset believes that all our skills and abilities are provided by our talents and predispositions. In other words, they assume some people are born smart, others have natural organizational skills or gift of time management. They blame God or their parents for lack of management skills and abilities and their self-esteem depends on their achievements and failures. Otherwise, people with a growth mindset know human abilities are limitless and everything depends on the efforts made. They believe everything can be learned and boldly set up the most ambitious goals. They are more inclined to be successful as they are ready to develop their strategic thinking abilities and business management skills even from scratch. Among all the skills to improve at work, this is an essential quality that guarantees your ability to develop all the others. 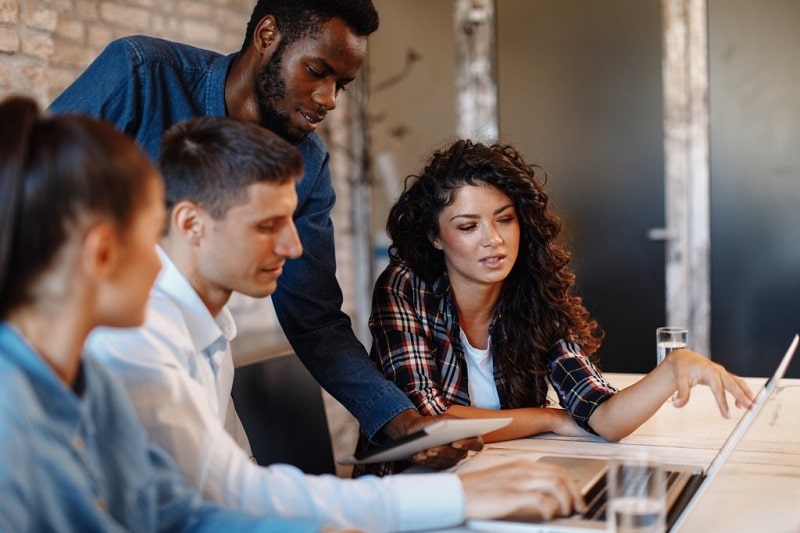 Good decision making skills are important for everyone. Especially they are required when it comes to business development or problem solving. Great decisions can cost you millions of dollars. Don’t you believe?

In 1982 in Chicago bottles of J&J’s Tylenol had been laced with cyanide and caused 7 deaths. The company’s CEO, James Burke decided to remove all the bottles from the shelves of the drug stores and replace them with a newly designed tamper-proof bottle. Such a replacement cost him $100 million. But the decision to stick to his credo that the company’s first responsibility is their customers, allows J&J to be on the Fortune 500 list till now.

This proves that the right decisions are rarely easy ones. So, have you made your hard decision to develop your skills and abilities to make a great career?

Artificial Intelligence (AI) is increasingly finding its way into our daily lives with big companies such as Forbes contending that 2019 will be the year that AI goes mainstream. Learn about the opportunities this growth presents and the salaries you can expect.

Sometimes, it is not enough to be an outstanding professional to build a successful career. Networking is important. And in order to socialize successfully in a business environment, one should know the rules of business etiquette. Therefore, if you want to earn respect at work and demonstrate perfect professionalism in the workplace, follow this list of good manners.

A regular interview with a company’s hiring manager or a recruiter can be tough. Having an interview with the CEO of a company is a whole different matter. Even the average CEO carries a level of professionalism that makes any applicant interacting or giving a presentation to them have jitters. The truth is, CEOs are not like regular recruiters and interviewing with them will need special preparation.

If you are wondering do you need a cover letter while looking for a job, the answer is YES. It is true that some recruiters don’t pay attention to this part of a job application, but you cannot neglect the impact of an effective cover letter on your job search outcome. Keep reading what makes a good cover letter and afterward, you will certainly get a job interview invitation.

To obtain a dream job in a real world you can implement Game of Thrones success stories and career moves to end up on top of the career ladder. Check out the top 9 lessons you can learn from Game of Thrones strategy game.

Job interviewing process is quite stressful. Dozens of typical questions, on which your future career depends. But it can turn into a real catastrophe when the recruiter starts asking you quiet weird interview questions. An unprepared applicant may stuck disoriented and lost. But after reading this article you will know why you’re asked odd interview questions and what kind of answers you’re expected to give.

If you have realized that you can do more in your career but the position you have or the company you work at is holding you back – beware. Having a full-time job gives you stability and confidence in the future, but if your personal development and career growth bother you most, it’s time to take the risk. Plus, according to the survey by Job Search Behavior, among the employed and non-employed, it turned out that on average employed job seekers receive hourly wage offers that are 48% higher than those obtained by the non-employed. So, if you want to get a well-paid job, you should start looking for it while employed. Here are some tips on how to be stealthy that will help you make the step to a secret career change easier.

Everyone can get failure experience without any exception. It’s completely OK when we fail as we all are humans beings and can make mistakes, it’s natural. However, there are some unsuccessful people that fail constantly. They keep making the same mistakes over and over again. If you want to know why do we fail and how to avoid these common failures then keep reading the article in order to escape unsuccessfulness.

Job search on Facebook is an easy-to-use tool that will guide you through the overall job application process. Now, it became the second job search tool and social network for recruiters after LinkedIn. According to the latest statistics 1 in  4 adults in the USA has already searched for jobs through Facebook or even found one. Become one of these lucky employed guys. We have prepared a detailed guide that will help you get a job with Facebook.

In the nerve wrecking and time consuming process of searching for a new place of work one always makes use of two vital things, that is, a resume and an interview. You can never omit these stages of job search, which serve as guarantee of an actual possibility to get a job offer. However, we could not help but wonder, how important is a resume and what are the advantages of interviews? Let`s take a closer look at this issue.