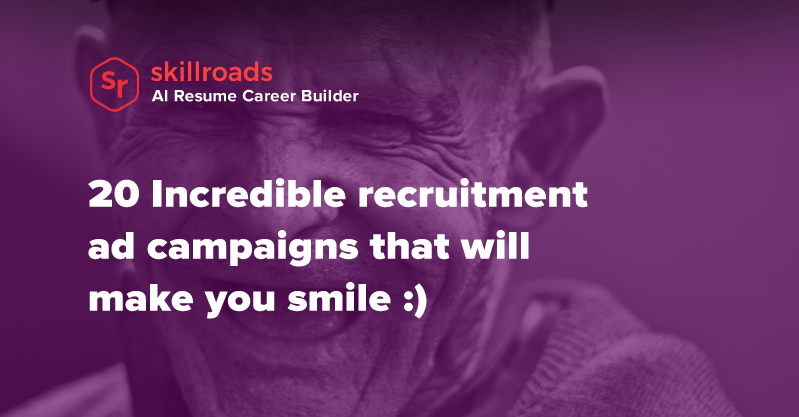 Hiring ads should not be boring if the company needs people with extraordinary thinking and abilities. You may know the traditional approach to picking the candidates. However, by looking at the offered 20 hiring ads, you may change the way you view the recruitment process completely, and it may play you in hand.

1.McDonald’s and its “tolerance over race”

Perhaps, the most popular and scandalous ad campaign of McDonald’s is not the one with young Sarah Michelle Gellar (Buffy) who used to tell that Burger King adds 20% less meat. No. The leading fast-food franchise has developed a recruitment campaign, highlighting the offensive statements. The real goal of the recruitment campaign was different, but it made the world talk about it. 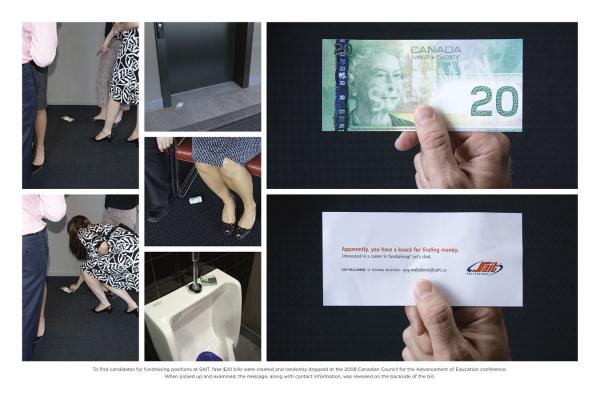 In order to get the best applicants for fundraising positions at SAIT, the organization has released hundreds of $20 bills. They were randomly dropped them at the special conference dedicated to education. The hiring message was added to every bill. Now hiring ad recruitment campaign is the legend among best HR agencies.

3.Special uniforms to catch an eye 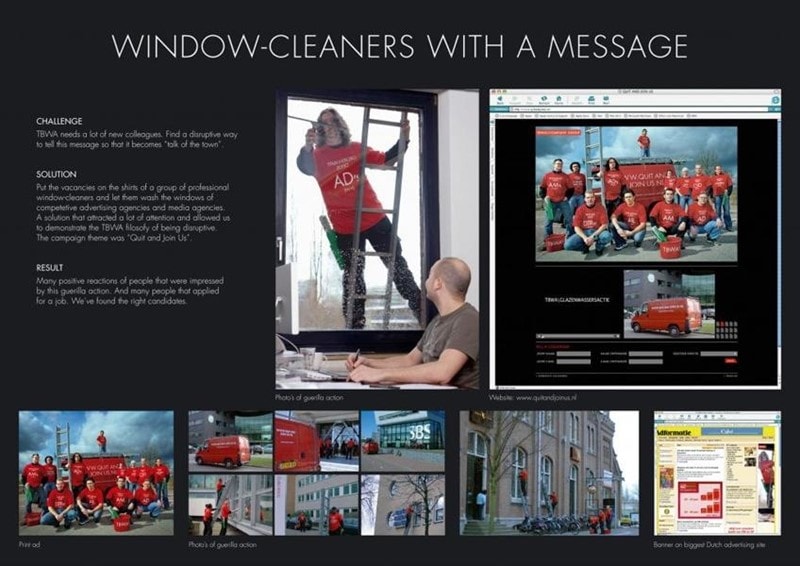 The messages “Quit and Join Us” this time appeared on the uniforms of the window cleaners who plagued the region massively. They were serving only the leading ad and media agencies with a good purpose: to beat the competitors. 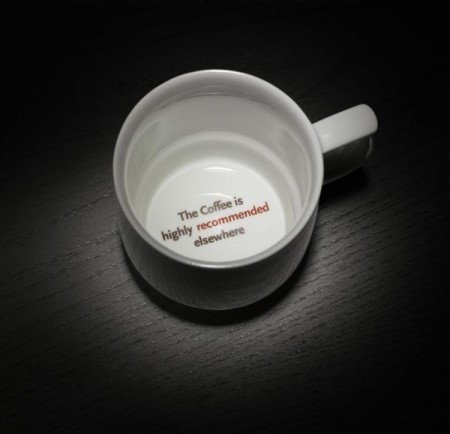 Special cups were delivered to several competitive companies to make the local employees think about switching the workplace. They all had the same design with the provoking CTA (where Recommended was the name of the witty ad creator). 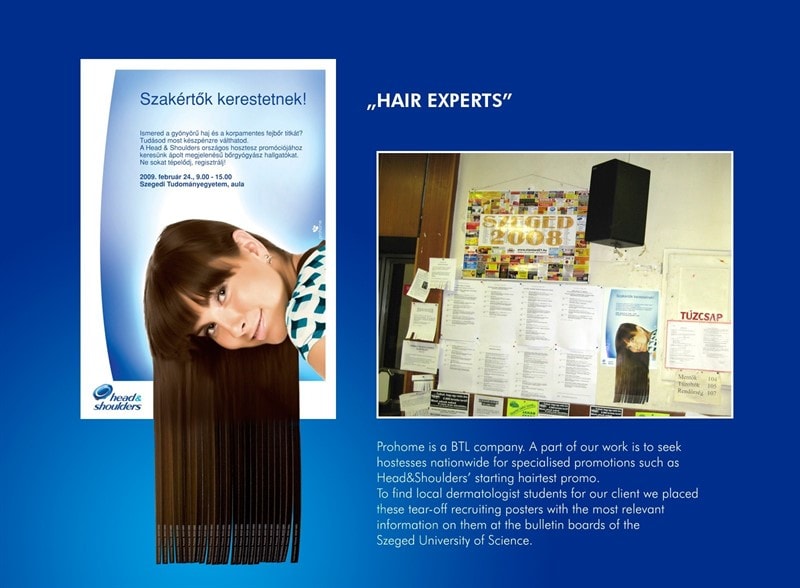 People often pay attention to the colorful beauty posters offering exclusive hair or make-up. The next “heroes” of our top used to place the tear-off, cool campaign posters on the bulletin boards to grab the attention of the dermatology students.

Even though it looks like a mathematical problem, this Good Will Hunting-style ad has a different purpose. Google selected candidates who managed to solve the puzzle successfully and retrieve the hidden message. 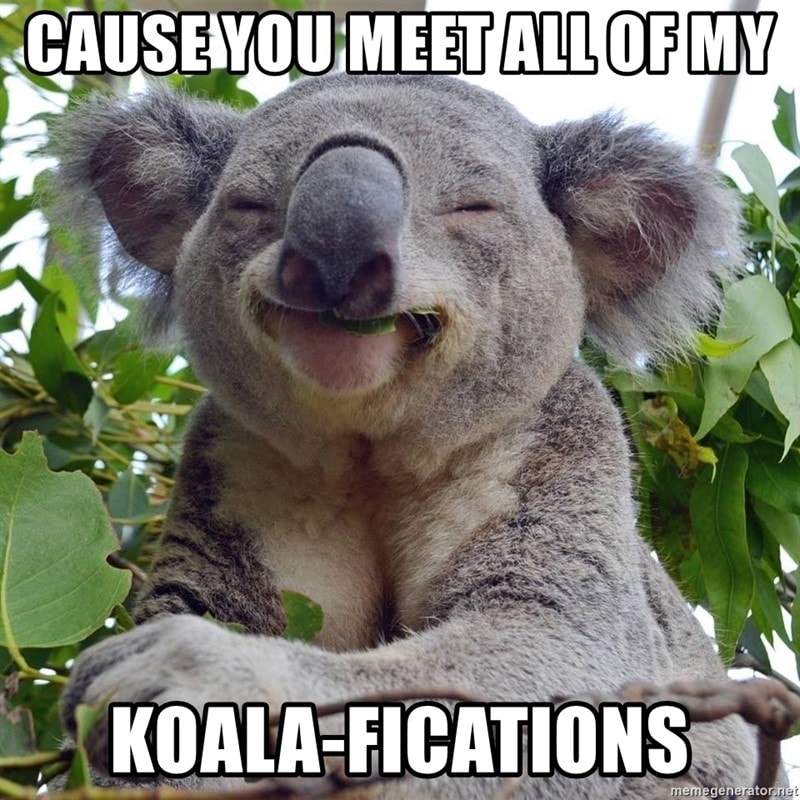 Atlassian does not underestimate the power of smart memos. From “Europe, we’re coming to steal your geeks” ad to this lovely koala, the guys managed to hire 15 perfect developers from different parts of the world. They also won a couple of prestigious HR awards.

8.Here comes a bit of video

The enthusiasts introduced the next campaign on our list from Uncle Grey. This company from Denmark discovered the developers dedicate a lot of time to gaming. That is how Team Fortress became their pool of applicants. Watch the video here! 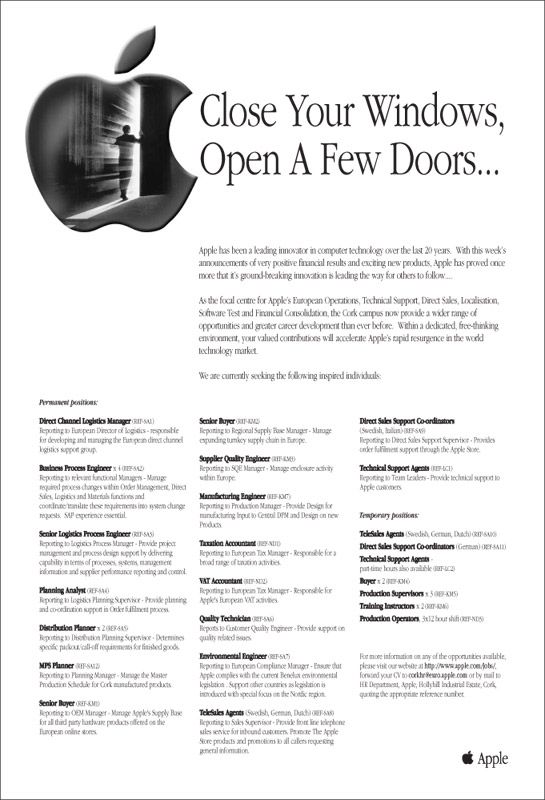 How could we ignore the power of Apple? You cannot oppose the competitor directly, but you can beat it with the help of a witty ad. It is one of the most controversial hiring ads in the world - look at it! 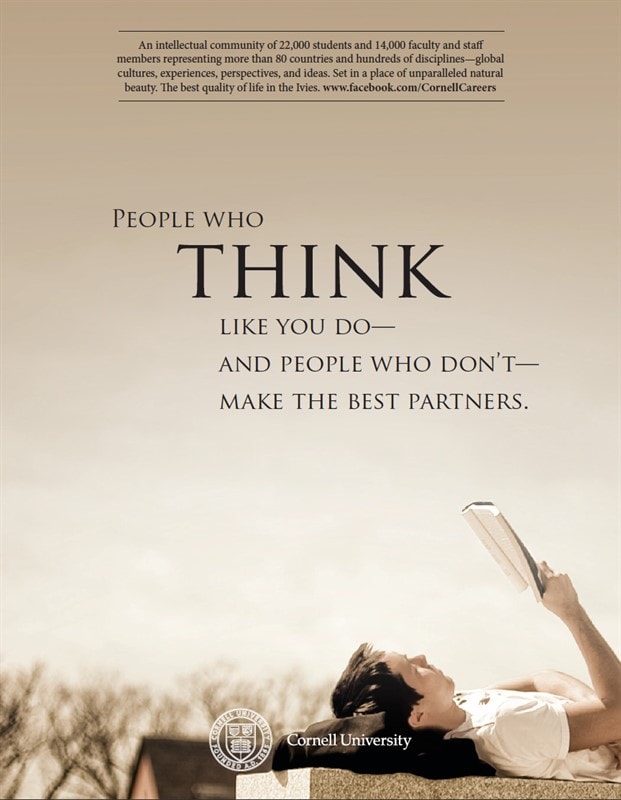 You may wonder, but educational institutions are interested in recruiting the best labor resources just like business corporations. Cornell University used an intellectual and poetic approach to attracting applicants. 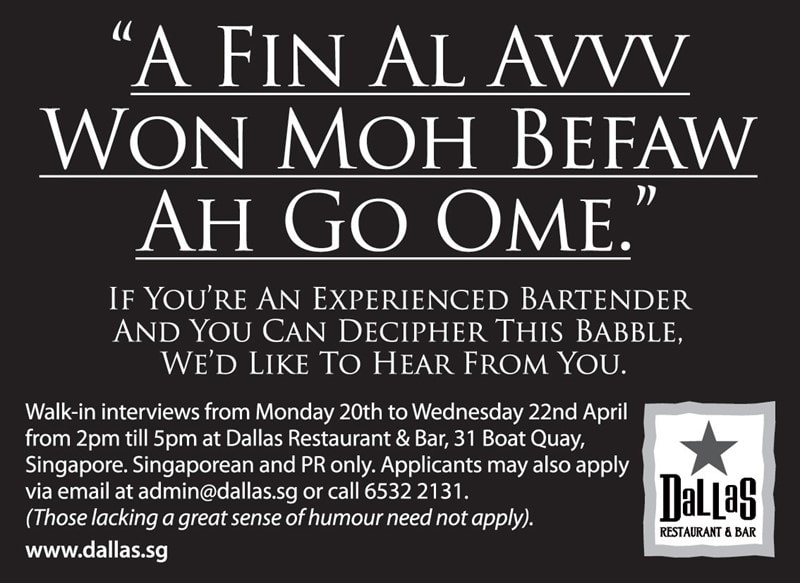 Common, the world of recruitment needs a bit fun! This advertisement is one of the best funny job postings even though it is placed on the black background. By showing off the agency’s personality, the local HR and designers attracted just whom they needed.

Men are all about proving their bravery throughout the entire life. Shackleton knew this truth when making up another great hiring ad. Men who used to value glory above other things in the world got it and joined the Antarctic expedition. It was innovative recruitment by that time!

You may think that playing with LEGO is that easy, but they have levels created for adults rather than children. The goal of the campaign was to select a candidate with the most creative approach to building a new LEGO model.

14.Ballet soldier and a monster 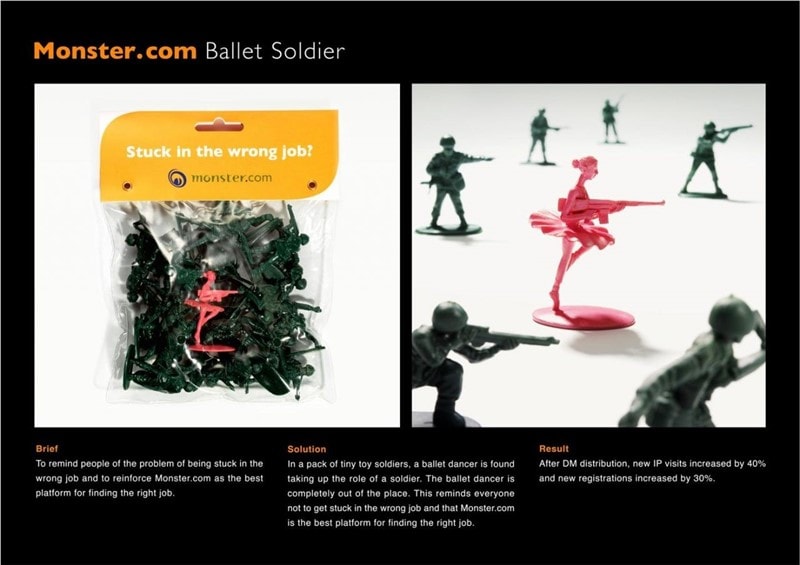 What about one of the most innovative and creative recruiting ideas? Soldiers are all about fight. They should never give up. Perhaps, that is why a famous hiring portal Monster.com has chosen the image of this brave man for the upcoming recruitment campaign.

15.Moving on all the time 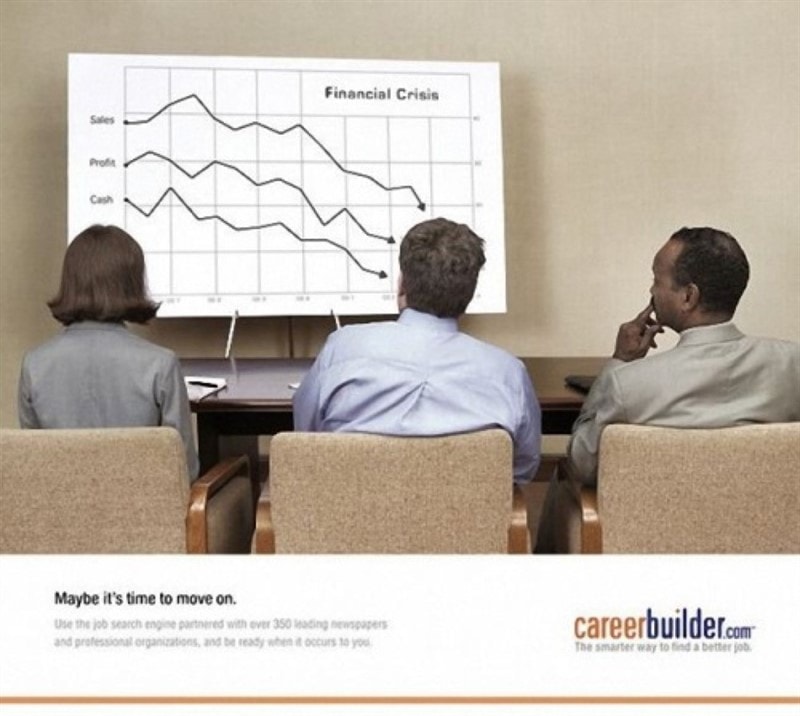 Careerbuilder decided to stress the importance of growing up professionally by stressing the needs of the potential employees instead of the company’s interests alone. This type of creative recruitment deserves attention.

16.The world against laziness 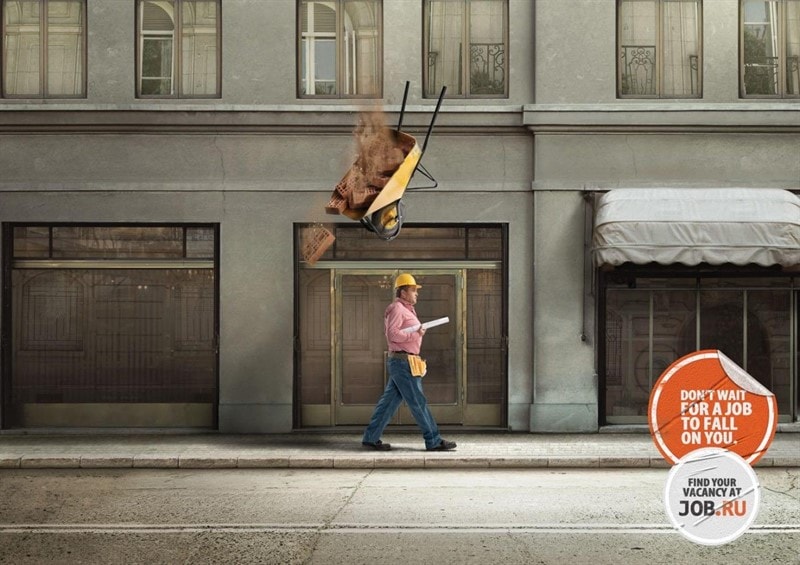 Jobs.ru initiated this campaign against laziness. The idea is to give it ago and start searching for a better job and better life instead of waiting until it falls on you. The recruitment ideas related to anti-laziness campaign work in most cases. 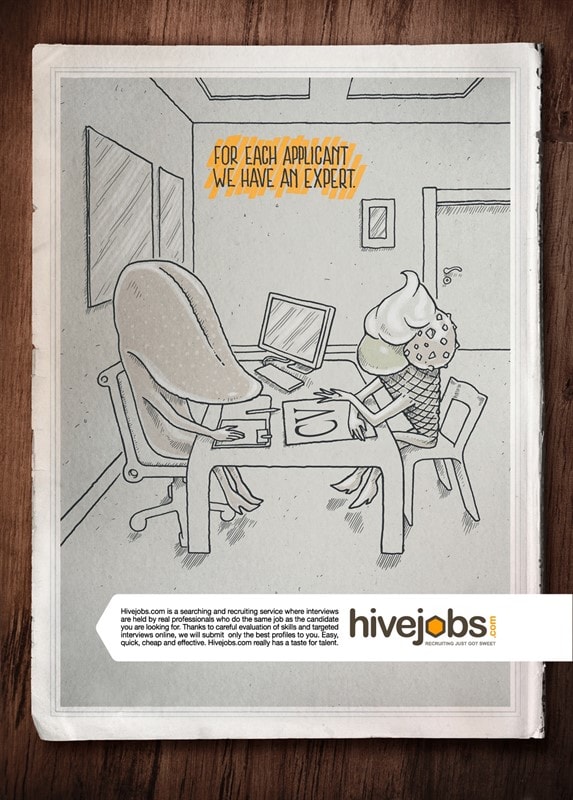 HiveJobs recalled the importance of knowing the market demand thanks to their catchy recruitment slogans like, “For each applicant, we have an expert. It makes sense an applicant is an ice-cream while a recruiter is an employer waiting to taste this ice-cream. It is definitely the out of the box recruiting ideas. 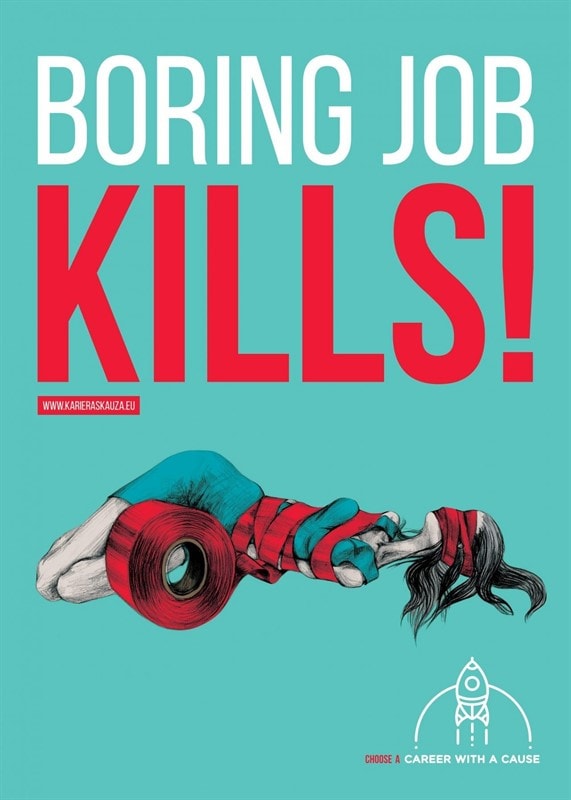 One of the creative ways to recruit employees is to play on their fears. In case of Karieraskauza, some people even used to call the campaigning its main image a bit frightening, but that is true - the unwanted job sometimes kills like a gun or a sharp knife! 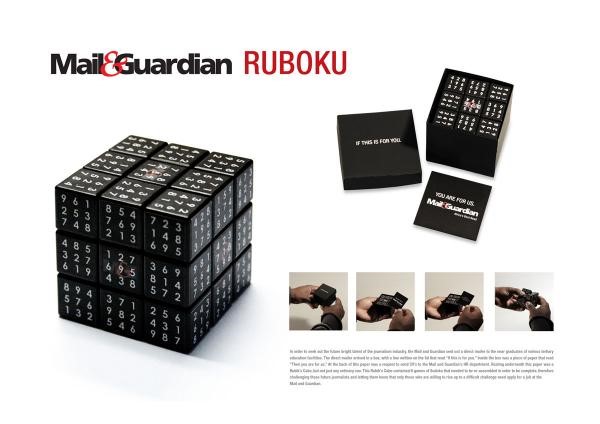 Are you interested in more recruitment tactics? Those who will cope with Rubik’s Cube will be hired as the company’s new professionals. That is a good idea, and the Mail and Guardian used it to recruit the top university graduates. 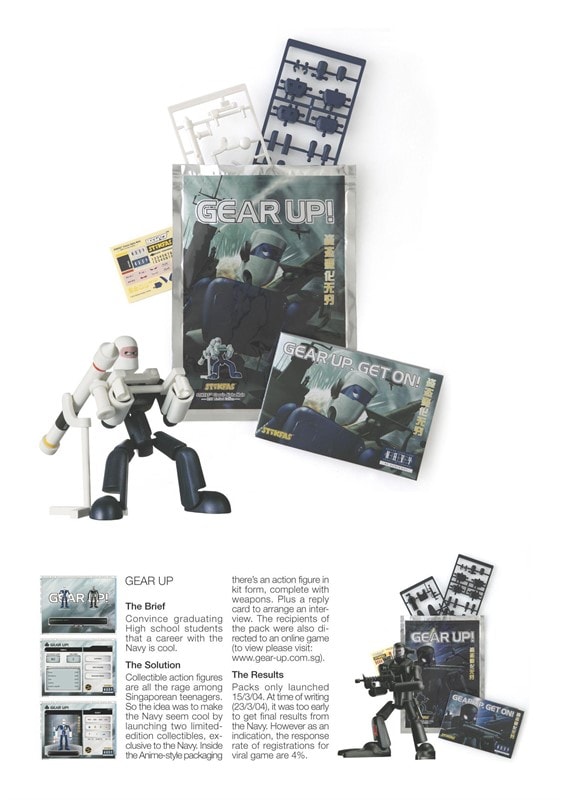 Most probably, the anime lovers would call this recruitment campaign rather cute beach of the tiny action figures aimed to search for the best candidates. The Navy has released 2 exclusive collections to attract the young talents. Except for the weapon, the limited edition has an invitation to the interview as well as a link to the exciting online game.