Every person, who has ever searched for a place of work, has either a resume or curriculum vitae (if not both in multiple versions). This sheet of paper depicts professional achievements of a certain individual and is the first thing a recruiting person can judge an applicant by. Everyone knows the essential role a resume plays in the process of finding a job, but have you ever thought of the first resume on Earth? Let`s have a look at the roots of the whole resume creation and its further transformation. 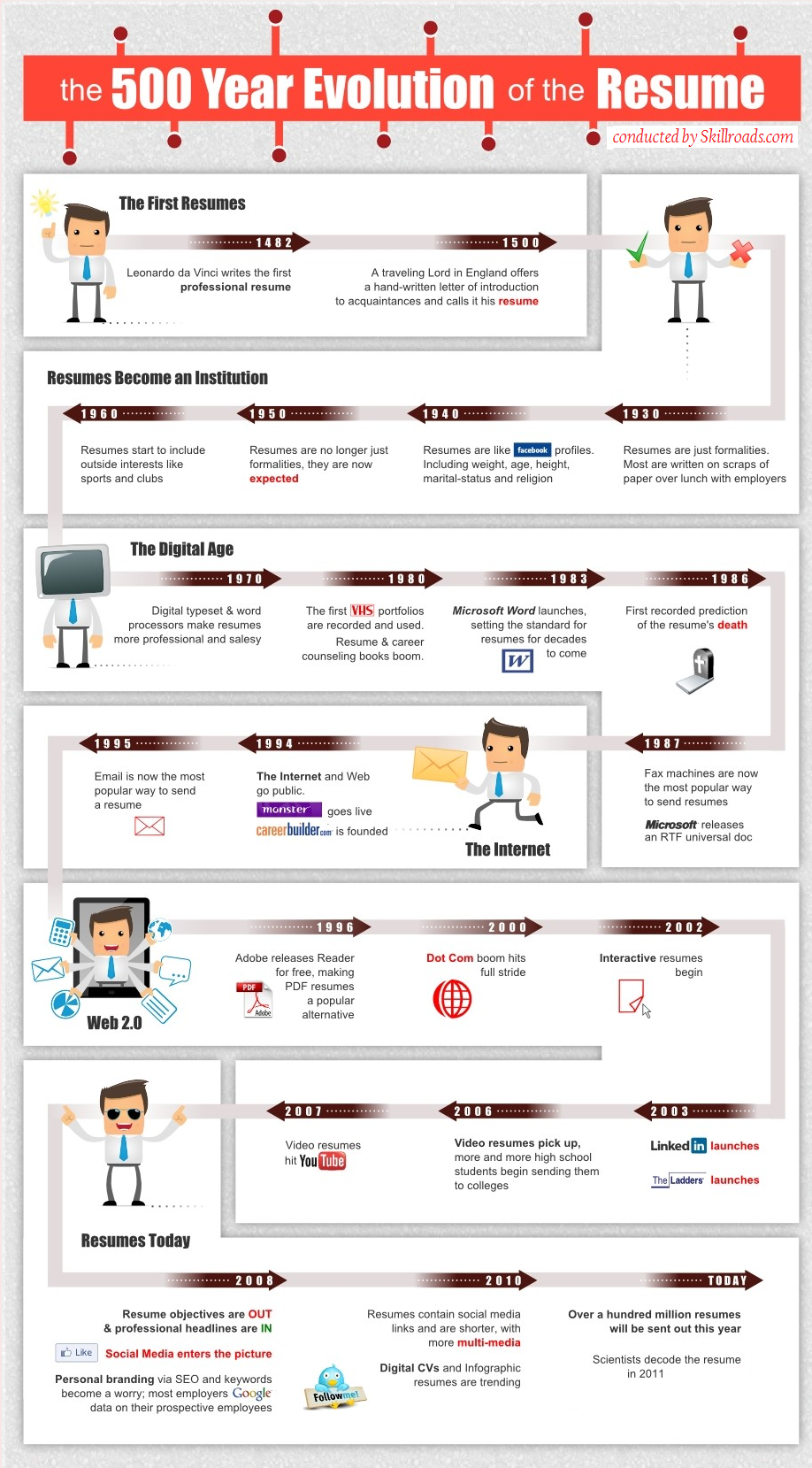 Historians say that the roots of a resume go back as far as the first jobs appeared and people understood that they needed to do something in order to survive in this violent world. However, a resume origin was something abstract, as in the beginning of times people used to get jobs either using their connections or as a matter of their heritage and parentage. That`s why there was no need in actual resumes as we know and perceive them now, so we can only make wild guesses about the existence of a resume till 14th century.

The resume and curriculum vitae history in the actual meaning of these words have appeared approximately in 15th century. That`s when the period of enlightenment started. Why did first resumes appear at that time? Think about it logically. This was the era, when people started to understand things like science, medicine, psychology and lots of others. In recent times they haven`t thought about these matters, but back then it was the time for a big chance

It is said that Leonardo da Vinci was the first human to write a resume, which he sent to the Duke of Milan. This renowned artist referred to this sheet of paper, where were listed areas of his expertise and qualifications, as the «resume». That`s how the term «resume» appeared.

As the years went by, the format of a resume was in the process of constant change and became more formal. In the 1930s, a resume was just a formality, as people were still given a job offer based on the interview. In the next decade, resumes were just like Facebook profiles, as they listed the info about religion, marital status and even body parameters. During following 20 years resumes became more formal and had data about applicant`s interests. In 1970s, the invention of word processors made it possible for every person to get a great-looking resume. Programs Microsoft Word and WordPerfect caused next vital revolution in the history of the resume. With the help of these tools, each job seeker was able to make a resume on his own.

Moreover, the whole process of resume creation became less time consuming, as job seekers could analyze various resume templates and make their CVs and resumes on their own. Later on, job hunters were able to use library computers to conduct their resume files.

At the beginning of this century, resumes made with the help of Microsoft office were still in use and still remain popular. A great impact on the image and form of a resume was made by the increasing popularity of social media and various resume writing services, which offer a great variety of designs, formats and styles of a resume. Nowadays the look of a resume shifts to the profile on a website. Here we should mention LinkedIn, which is the leading platform for both HR managers and job seekers. Here, you are to fill out all your career achievements, perspectives and aptitudes. Afterwards, your profile will appear in the feed of a recruiting person, who is seeking for the applicant of your level of qualifications. This is a completely different stage of resume development, when a job seeker doesn`t even have to send his resume outline to find a job. On the other hand, there are so many tools of resume creation that we can say that a resume is not going to get extinct.

As we can see, the format of a resume has changed drastically and keeps on altering its look. That`s why one should always keep his/her resume updated and make use of existing technologies to conduct the most promotive resume.