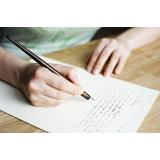 It Is All About T: New Rules for Creating a Cover Letter

What is a “good” cover letter? Should it be 1 or 3 page long? What’s about cover letter structure? How to put all the experience and skills there? What to include and emphasize first? The truth is that most recruiters are looking for exact matches to the job descriptions and company culture, plus they are under a tremendous amount of time pressure to screen an overwhelming flood of applicants. So, it’ll be the best present ever to make a cover letter easy and quick to scan for a recruiter. There are numerous ways this can be done and one of them is choosing the T-format cover letter. This is the specific needs cover letter that demand some time and efforts to organize but it’s worth it. 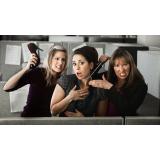 9 Types of Difficult Coworkers and How to Handle Them

Are you currently dealing with difficult coworkers? Difficult coworkers can rub you the wrong way and force to act irrationally, which is not exactly a healthy situation in which you can succeed. The good news is that, even though you can’t change everyone else’s behavior, you always can change your own. To help you survive in a tough environment we’ll tell you how to handle a difficult coworker and what is most important how to knock someone out without hurting them. 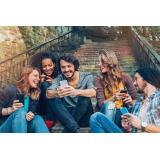 What Recruiters Search for When Stalking Your Social Media?

You surely enjoy randomly going through your posts and those of your friends, while making jokes and funny charades? Have you ever ranted about your co-workers and the current job on your LinkedIn, Facebook, Twitter or Instagram accounts? You must have thought that the posts would remain among you and your “friends”. Nothing wrong in doing so, but you might need to think twice. The overwhelming presence of social media in our life has made it an open database for the employers to understand the persona of their targeted employees. 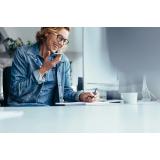 Best Ways to Include Language Skills on Your Resume

It seems easy to write your resume’s languages section, but it can make or break your entire application. Language skills levels is a valuable information to have on your resume, as more and more US companies enter the global marketplace and search for candidates who have language proficiency levels. Before listing language knowledge on a resume, you should think twice what to include and what not. 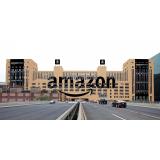 Don’t Know How to Get a Job at Amazon? Here's What It Takes!

Amazon is the largest online trading platform, which sells and purchases tens of thousands of various products every day. The main site of the company is Amazon.com, operates in the US, the company also has divisions in France, England, Germany, Canada, China, and Japan. Initially created to sell only books, Amazon has grown into a giant trading platform with a huge variety of goods from fishing rods to guitars and designer handbags. Actually, according to the Amazon Annual report 2017, the company ships more than 5 billion items! Thus, it’s no wonder the vast majority of people are literally obsessed with an idea of getting a job at Amazon. So how the company works from the inside? 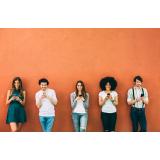 The Power of Reddit: Pro Tips That Will Help You Hack Your Career

We can always count on Reddit to provide us with answers on absolutely different topics. Whether it’s instructions on how to fix a leaky sink, why your height influences the professional success or even solve a Rubik’s cube, there’s no shortage of valuable nuggets of information from people who have been there and done that. And luckily, among Reddit threads there are career advice too. We’re here to tell you about the life pro tips that Reddit proposes people who decide to get a new job. If you’re among them, keep scrolling our small career guidance at Reddit world. 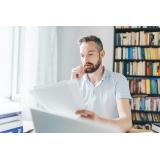 Chronological, Functional or Combination Resume Format: Pick the Best One (with examples)

Probably writing a resume is not the best thing you used to do. It takes a lot of forces and strengths to make a really good one that catches the recruiter’s attention and emphasizes all your skills. However, the mission is possible if you’re familiar with the different types of resumes. Resume format may differ due to your working background, proficiency, type of work and skills. Make resume formatting isn’t that hard and we prepared a list of 3 types of resumes, so you may take the one that would present your strongest sides to the hiring manager. 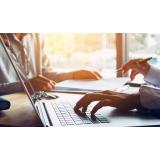 It seems like you got into a tricky situation: a company has made you a job offer with a higher salary (or other benefits, which made you consider this job opportunity), but you are not ready to leave. You solve challenging tasks, got used to the team and do not want to quit playing soccer with the guys from the back office. You do not want to leave, but you can’t help the feeling you can get more if you get a new job. A recent study by Hays shows, 39% of employees got fatter paycheck due to the leveraging job offers. That means you can benefit from this situation and use a job offer as an effective tool to get a promotion or a pay raise. 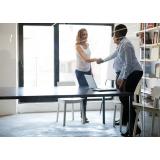 7 Types of Job Interviews and How to Handle Them

Great news! Your candidature interested a hiring manager, you are already among the cream of the crop, now you just need to shine above the other candidates at the interview. Often companies use different types of interview methods to different types of jobs and you have to be ready to handle each of them. To make it easier, we prepared a list of advice that help you to pass any type of interview successfully. 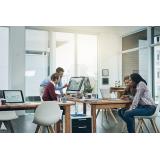 Into the Jungle: How to Survive in an Open Plan Office? (Without Eating Your Coworkers)

Open space office design, which is so popular nowadays, does not always cope with its mission - to ensure better communication and encourage idea sharing. At the same time, employees are increasingly complaining about the noise, lack of privacy and other inconveniences. But what if you are forced to work in an open cubicle which doesn’t seem to be an incredible office and you are constantly getting distracted by the noisy coworkers? Let’s discuss how to survive in an open space office and remain calm and composed at work.